I haven't been writing my blog because recently Google prevented me from putting any photos on my blog without paying them.  I feel a bit of bait and switch going on here.  However, when I tried to load a photo...it worked today.

I ask other bloggers to send me an email with their suggestions.  I will be back, but you may be getting a link to a different site.  Contact me at:  polkadotmagpie@gmail.com

Thanks for reading!
xo,
Suz
Posted by Polkadotmagpie at 11:34 PM 0 comments

Chickens, Cats, and Dogs, and Autism 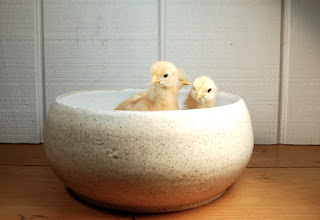 First, there are no NEW photos, because Google now wants to charge me for my blog.  I may move to another.  Sorry for no new photos.  This has thrown me for a loop.  :-(

Last year I posted a list of my "Golden Rules" of parenting your child(ren) with autism.  I will post them again at the bottom of this post.  When we got the diagnosis of Autism my son was 7.  For years I had battled with his father to get help.  Secretly I brought him to the Speech and Language Clinic at Northwestern University.  Twice a week I paid out of my hidden pocket for speech.

A gesture/sign language was started for "more, no, stop."  And what was my son's first word asking for more milkshake? "MORE!"  The flood gates opened on that milkshake day, and a new word a day started.  The connection between what he wanted and language was finally made.   One day he told his father we were going to speech, busted I was.  That was the end of that.  We limped along until the school district intervened at the start of 1st grade. I had already researched who  to see.  The school, the pediatrician, and many others had said "Autism."

By now the ex husband wouldn't hear of such a "label" put on his child.   He insisted I made him this way or he would out grow these behaviors. I joked and said if he got me some more yarn, I'd make him another one.  It was either special ed, or get out of the district.  School was insistent, and I was  no longer the bad guy.  We chose "inclusion" because that was the only choice.

We lived on the farm at this time.  My son's chicken perseveration was in full bloom.  He connected to these birds.  He loved to sit on his small lawn chair and watch them.  He talked about them and to them in monologue after monologue.  Clucking at kids in school, us, and strangers. I encouraged this relationship, sometimes wondering if it was such a good idea.  But he was gentle, caring, and loving towards these birds.

As you know, his Father was asked to leave through a court order.  So the cats/kittens could come in the house.  One kitten that my son had loved was a brown tabby: "Sylvester."  At 5 he had given Sylvester a haircut one day with safety scissors.  He had cut all his stripes off, because he wanted "a pwain cat."  A plain one.   Where was I when this happened...I don't remember.  But I do remember my parents were visiting, and my mother was sure he was to be a serial killer because of the haircut. Sylvester was none the worse for wear.  He started sleeping on my sons pillow at night in a crescent shape, cradling his red hair.

After we left the farm we were down to 2 cats, no chickens.  There was a golden retriever puppy my friend had seen in a local pet shop. The thought of a dog caged for months drove me mad. We went to see her.  Of course we fell in love.  "Rosie" was named by my son.  She was a red Golden, almost the same color as his hair.  Rosie fell in love with him, and he with her.  She was sent for training as a service dog for a month.  When she came back she was his constant companion.  His friend when he had none.

When my son went away to a special camp, Rosie was grieving.  She sat by the front door he had walked out of for 4 weeks ago. Barely eating or drinking.  There were window lights on each side of the door that she kept a vigilant watch from.  When he returned she just about mauled him to death with love.  Really, it was a sight to see.  The joy in both of their faces was exquisite.  Rosie was his friend until she succumbed to cancer at the age of 8.

The day we put her to sleep, he was at the Vet's alone with her.  We sat in the car waiting.  We could hear him wailing from the parking lot.  It broke our hearts to hear him cry like that.  I have never heard him cry the way he did that day.   He has not gotten a dog again for several reasons.  One, he's gone all day at work. Two, most rentals don't allow dogs.  One day he will get another, I know it.   In the mean time he has learned to love through pets.  Chickens, to cats, then dogs.  I know the autism books say this is not possible.  I see the way my son loves and shows affection to his fiance.  So don't believe everything you read.

I offer a different story and perspective, as no two children are the same.  We had a visitor once who had a son with autism with her. They spent the night, and in the morning the 10 year old child was standing next to our bed with our cat in a plastic bag.  The cat survived, thank goodness.  And another friend's son who as an adult grabbed and squeezed their dog when ever he got the chance.  Their dog hid every time that young man left his room.  She was terrified of him. So you have to be the once to judge if your child is safe with pets.

+++++++++++++++++++++++++++++++++++++++++++++++++
1. Don't fall into the "bad haircut syndrome"... the child will not outgrow it.
2. Families are the bottom line. So don't expect the school district to fix it.
3. Address sensory issues. Here is an excellent link on Sensory Integration issues:
http://sensorysmarts.com/
4.  Teach to the child's/adult's perseverations.  Use your child's favorite obsession to teach real life
subjects. I laminated chicken pictures and we did "chicken math" to teach arithmetic.
5.  Find a behaviorist and work on your behaviors as well as the child with Autism. Consult with this
professional as unwanted behaviors arise.
6.  Don't swim in this sea alone. Support groups for parents saved my sanity.
7.  What is so special about Special Ed?  Most programs allow bad behaviors to continue. But real life
as an adult does not.  This goes back to rule #1.  I had to explain to our school that my son would not
always be a school aged child.  They were surprised by this news. :-)
8.  Teach the child to learn to live without you.  How?  Over night summer camps.  Although expensive,
they will give confidence, skills, and a sense of independence that does not come naturally.  Parents
can recharge their batteries. Which is imperative.  Many have sliding pay scales.
9.  Find a program that matches the child vs. trying to make the child match the program.
10.  They need the most love when they are acting like they deserve it the least.  Love and affection
will be accepted and reciprocated if you continue to give it.
11.  When the child is capable/ready/mature/wanting: get a pet that is ONLY the child's.  Teaching your
child to care for this pet will teach compassion, and life skills.  This is a tricky one which is why
it is last.
+++++++++++++++++++++++++++++++++++++++++++++++

Thanks for reading.
Each day is a gift. Open now.
xo,
Suz
Posted by Polkadotmagpie at 11:58 AM 5 comments