It seems when you live in a place, you never get to see all the things a tourist sees. I decided to make a list of the New Mexico places I wanted to see before the "big move" West.  A good friend and I went to Abiquiu last week on a guided tour of Georgia O'Keeffe's home, studio, and surrounding property. 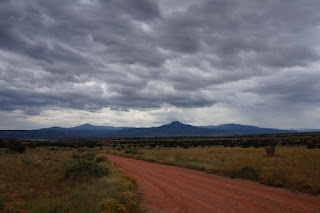 Georgia O'Keeffe is who drew me to New Mexico some 30 years ago.  I would ponder her huge paintings in the Art Institute of Chicago. I always was drawn to the unusual colors in her work. They were much different than any Midwestern or Eastern landscapes I had visited.  I had thought she abstracted the colors as well as the mountains. LOL!  Her skulls and bone work were close to my heart, as I too have always loved bones.  Then there was a huge exhibit of her work.  Included, a short film about her coming to New Mexico, and what that meant to her.  I stashed that on a shelf I would revisit in later years. She talked about her love of bones, and how she packed the ones she had found into a barrel and had it shipped back East where she lived.  Sounded like something I would do! 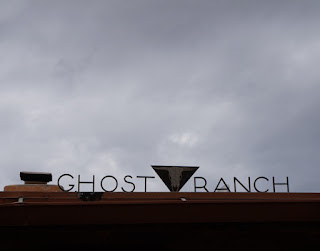 Then I went to visit a friend's parent's ranch that was about halfway between Santa Fe and Taos. Very close to Georgia's home. When we drove from Albuquerque north on I25 and I began to see the mesas, the colors of the rock, the vast blue sky. Outside of Santa Fe we headed West, and there before me was one O'Keeffe painting after the next. But in real life.  I had a feeling I had been here before, and felt at home. 14 trips from Chicago to New Mexico later- I moved. Only for a few years to send my son to a special school that taught dyslexics to read. Knowing Georgia had done it was my fuel. After all she had come from the Midwest too.

We started our tour at her house. When I walked in the door of her studio and looked out the picture window. I cried.  I could feel her presence even though she had passed in 1986.  After a lunch at the Ghost Ranch we departed with Karen and Kate. They drove us to several places she had painted. Again I was immersed in her artwork. This time it had the smell of rain in the desert.  I could picture her driving out with her paints, or sketchbook to capture the changing colors and shadows of the northern New Mexico landscape.  I cried a second time. As she had left, and so will I. 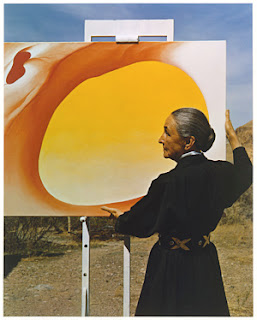 The O'Keeffe Museum and their foundation supports education and promotion of her work.  It's in Santa Fe: http://www.okeeffemuseum.org/  If you are going to Santa Fe, make sure you book a tour like the one we took. Our tour guides were filled with a plethora of Georgia and New Mexico history. Well worth the time and funds. The only way to get into her house and studio is through the tour. 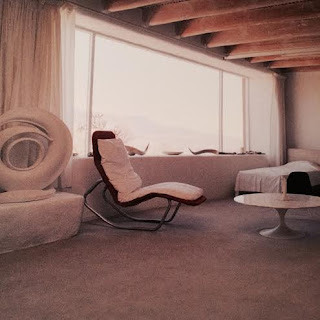 Here I am 15 years later. Met that knife maker who made me a Knife Wife. The kid learned to read. I am at an age where it's now or never.  So I/we are headed to California in a few years.  Did I mention I am dragging the knife maker kicking and screaming?  That's another story. Stay tuned. :-)  Georgia made a lot of trips from the East Coast to New Mexico before she permanently moved to Abiquiu. I have a feeling I'll be making lots of trips to California before it's a permanent home. Again, Georgia fuels me!


NO PHOTOS FROM THIS BLOG MAY REPRODUCED IN ANY WAY WITHOUT THE WRITTEN PERMISSION OF THE BLOGGER AND POLKADOT MAGPIE.
Posted by Polkadotmagpie at 5:43 PM